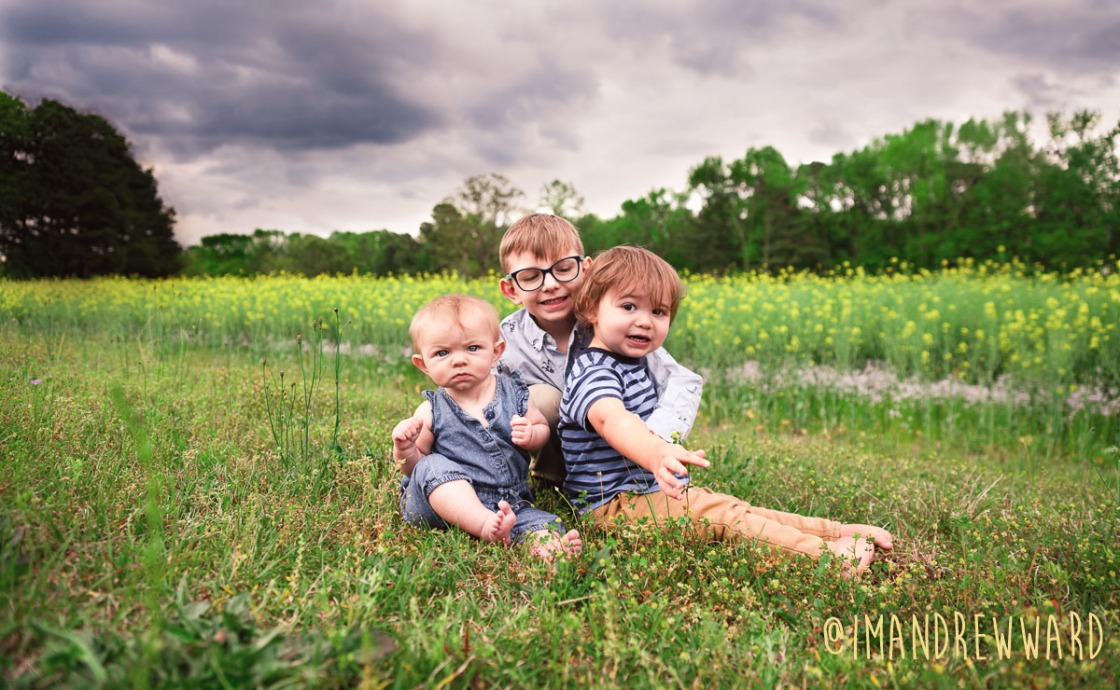 Father’s Day. I’m not sure what this holiday means to me. I never celebrated it as a kid. I watched kids make things for their dads in elementary school. I always made a Mother’s Day two gift. It was weird, and I didn’t know any better, so it didn’t mean anything. I didn’t know dads were really a thing. It sounds weird, but it was just such a non-factor. I remember that about my mom, she always made it ok for it to just be us, her and me and my grandmother. As we got older though and my grandma passed away from cancer, she weaponized that comfort. She became embattled in her own mental illness and we became enemies and never really recovered from that.

So, Father’s Day. I always felt I was built for this -being a dad. I was preparing my whole life to be the kind of dad I thought dads were.

I’ve got three little amazing, beautiful, perfect humans that celebrate Father’s Day with me every day. I’m such a simp. I can never think of a single thing to do but just be around them. I don’t want to leave my home on Father’s Day. I can never figure out why that is. I don’t really have a clue. Maybe the day is over too fast if we go out or I’m too concerned with what’s going on in my surroundings to focus on them, too anxious, too worried about everything around me, but for whatever reason, I just like the slowness of home. I just enjoy their company so much. It’s painful in all the right ways. Anyway…

I started this blog as a way to be honest about mental illness. Then it became a documentation of how much things can change from day to day and how quickly or slowly then can evolve. Those periods in between where I disappear are usually moments of silence where my brain is either satisfied with whatever peace I’ve given it in finality, or I’m super manic and happy. In those periods I’m convinced that writing and depression go together, so I have nothing to say. Then, everything changed for whatever reason, I hit another low and it turned into explanation for why I needed to be heard; every word I wrote became a reaching fingertip for validation, adoration, love, encouragement, someone telling me not to stop. That never came, so it became a justification for why I was worthless and unnecessary and invisible and alone. I was complaining too much, I was too honest, I was too dark, I talked about my yearning to die, I wasn’t more positive or happy, I focused too much on the negative and ugly, I didn’t have hope, I didn’t tell people that you can just focus on the positive and wish it away. Maybe I should have.

Now here I am trying to figure out again where I’m going with it. I’ve gone through so many different emotions with this thing. Anger, relief, relevance, resilience, durability, irrelevance, invisibility, empathy, resentment, loneliness. It stopped being documentarian and became my “thirteen reasons why”, except that its 35,000 plus words and counting. I hate who I am when I need to be validated and adored. I hate my need for reverence and I hate when I slip into those needs and don’t receive them and turn into this muddy disgusting thing that feels sorry for itself. I’m just moping, hating me, wishing I was dead and finding every way to justify it. I hate that I’m not sure I’m worth saving or if I’d be doing them a favor, and I hate that I can’t tell the difference between the lies my brain tells me and the truth.

So, I turn to this blog and hope that writing these words down will somehow find their way to someone that needs them. Regardless, my brain is going to negate that hope either way and replace it with something less than positive. I write hoping that some answer will come by the end. I rarely find an answer, but the words always stop coming abruptly so there must be something there, some closure or relief, some consolation maybe. So, what’s the point, right? The point is that I have nothing else going on so why the fuck not? Anyway, its Father’s Day, so happy Father’s Day.

If you have any ideas for anything else I should write or explain, or something you’d like to hear or know about me, let me know -childhood, growing up, adulthood, depression, suicide, my first car, my first love, nothing is off limits. I hope this is doing something for someone out there. I’m not sure how many people are reading any of this, but I hope its reaching someone that needs it as much -if not more- than I do.